The key technology to regenerate your bones 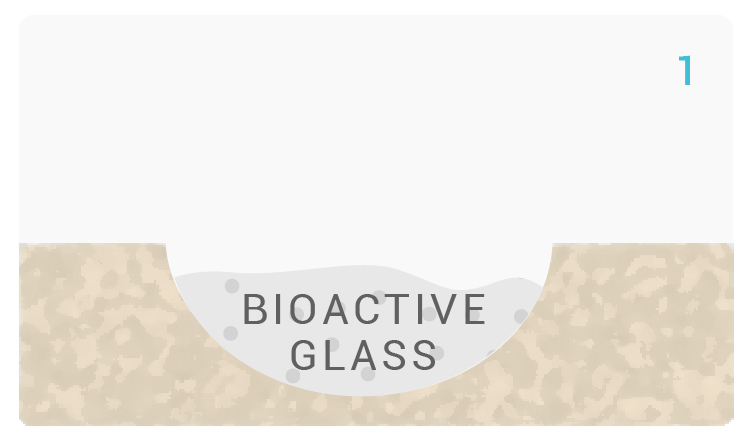 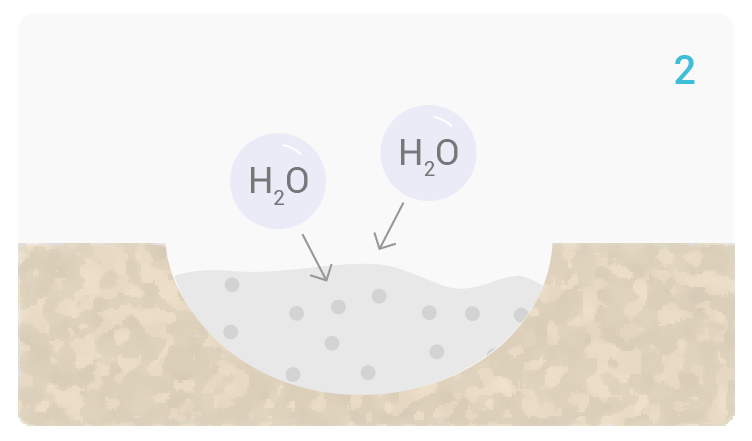 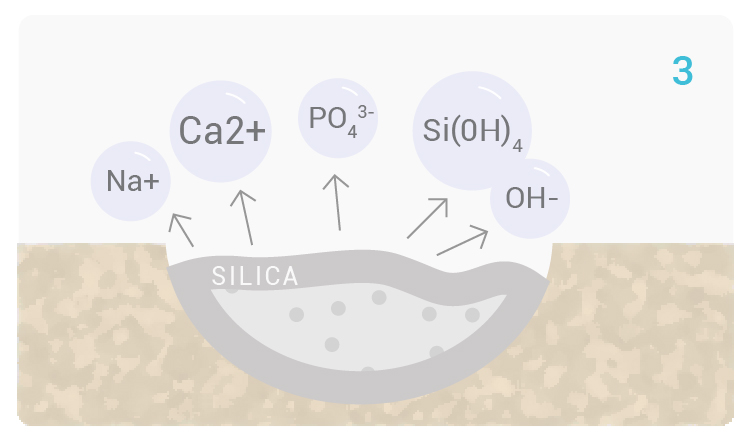 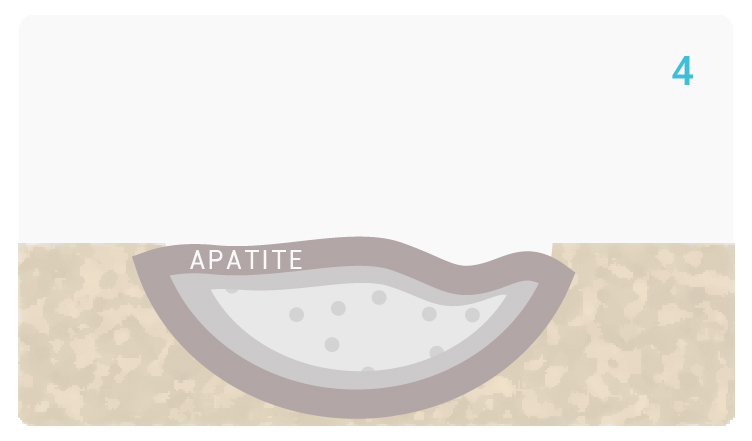 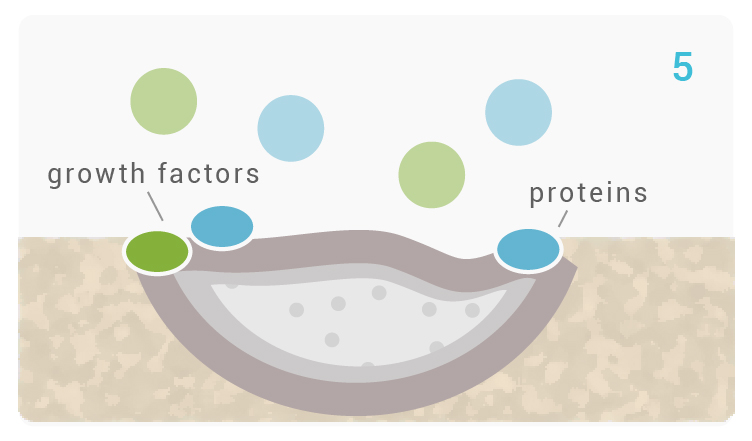 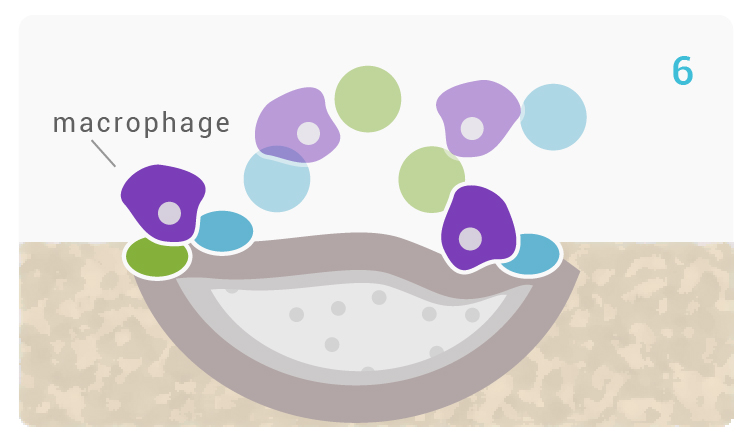 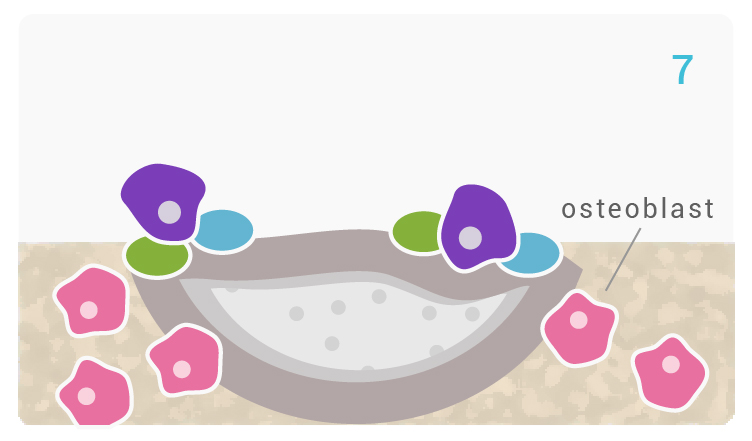 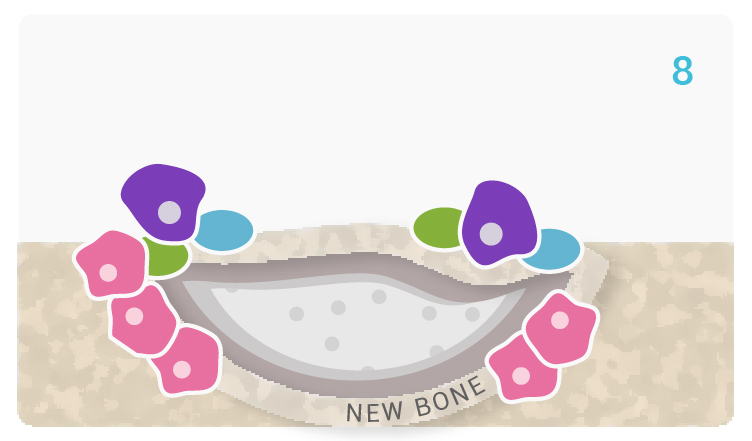 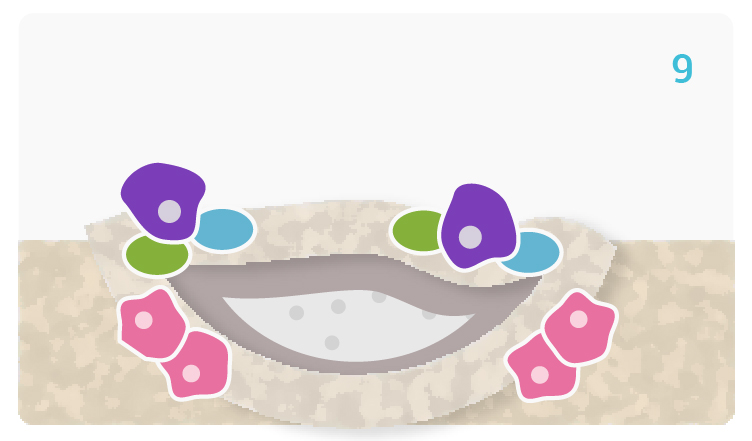 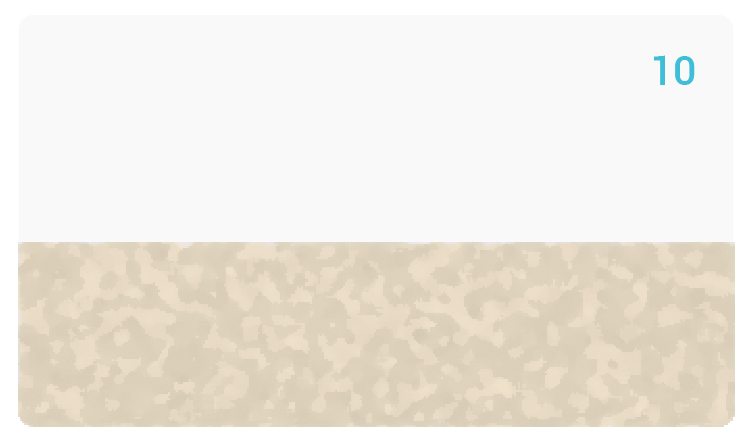 [1-2] Calcium and Natrium ions on Glassbone sur­face rapidly exchange with bodily fluids. The reaction causes hydrolysis of silica groups and induces a local increase of pH and osmotic pressure.

[3] Soluble silica is transformed to form a silica-gel lay­er at the surface of Glassbone.

[4] On top of Glassbone, a layer is formed, made of carbonated hydroxyl apatite (HCA), which is the same component of the mineral phase of natural bone.

[5-6] Growth factors adsorb to the surface of Glassbone due to its structural and chemical similarities to hydroxyapatite. Growth factors activate M2 macro­phages, to promote wound healing and initiate the migration of progenitor cells to the site.

[6-7] Triggered by M2 macrophage activation, mes­enchymal stem cells and osteoprogenitor cells mi­grate to the Glassbone surface and attach to the HCA layer, in order to differentiate into osteogenic cells: osteoblasts. 1

[9-10] Following these reactions, bone growth conti­nues as the newly recruited cells continue to function and facilitate tissue growth and repair. Glassbone continues to degrade and be converted to new ECM material.

The Bioactive Glass is important to the field of biomaterials as one of the first completely synthetic materials that seamlessly bonds to bone. It was developed by Larry L. Hench in the late 1960s. The idea for the material came after atalk with Colonel Klinker, who had recently returned to the United States after serving as an Army medical supply officer in Vietnam. 2

After listening to Dr. Hench’s description of his research, the Colonel asked, “Can you make a material that will survive exposure to the human body?” 2 Klinker then went on to describe the amputations that he had witnessed in Vietnam, which resulted from the body’s rejection of metal and plastic implants. Hench realized that there was a need for a novel material that could form a living bond with tissues in the body. 2

When Hench returned to Florida, he began to synthesize small rectangles of what he called 45S5 glass. They were implanted in rat femurs at the VA Hospital in Gainesville. Six weeks later, the researchers called Hench asking, “Larry, what are those samples you gave me? They will not come out of the bone. I have pulled on them, I have pushed on them, I have cracked the bone and they are still bonded in place.” 2

With this first successful experiment, the Bioactive Glass was born and the first compositions studied. Hench published his first paper on the subject in 1971 in the Journal of Biomedical Materials Research, and his lab continued to work on the project for the next 10 years with continued funding from the U.S. Army. By the early 21st century, there were over 500 papers published on the topic of bioactive glasses from different laboratories and institutions around the world. 2

The French material science laboratory MATEIS, hosted in the INSA institution, has developed an expertise in designing and manufacturing the Bioactive Blass. Expertise of the world-known scientists led to patents on new formulations of the Bioactive Glass. The company Noraker was founded in 2005 to industrialize and develop these new findings on the Bioactive Glass. Since then, NORAKER continues to collaborate with top Europe universities, to not only restore the functions of the patients, but also fully regenerate the bone.